There are three sides to a story: yours, theirs and the truth.

To uncover the organisational truth, we need to tease out the organisation’s story told from all levels. Too often, the story is created by its senior leadership, informed only by their view of the truth. For example, it’s the story of the market and the changing face of competition, maybe it’s about the need to adopt new technology to be ‘more digital’, perhaps it’s about the need to improve productivity and efficiency, and so on. Whilst this may provide a compelling story for shareholders and analysts, it doesn’t necessary fit with the realities that are salient to the majority of employees, or indeed their customers. All sides have their stories but neither alone tell the whole truth.

Let’s illustrate this with the story of a fictitious industrial manufacturing company competing in multiple markets on a global scale [1]. In its glory days, the senior leadership had led the company from strength to strength. Along the way, bolstered by their success, the senior leadership expanded its market, with a mix of organically-grown businesses and a series of expensive acquisitions.

Over the years, its diversification strategy has overstretched its finances, capabilities and attention. Tough market conditions have led to falling profitability. With a series of failed attempts to strengthen the proposition with exciting new products, across most of its markets, the finances have dried up. In response, the senior leadership has resorted to a strategy of reducing operating costs. From their perspective, the solution is obvious, if they can improve operational efficiency, they can get back to a better financial footing, giving them vital breathing space to chart a new strategy. With this in mind, they launched a new ‘transformation programme’ to drive operational efficiency.

The story at the next level down is somewhat different. Here, senior managers understand the view from the top - but they can also see another reality; the reality that trying to compete in multiple product markets, has meant under investment in all areas. The truth is that few divisions are able to compete effectively. Although reducing cost maybe a near term priority, it will only serve to weaken their capabilities even further. Some of them know that their divisions are lagging the competition significantly. It would be better off to divest these to bolster the finances which could then be used to strengthen the capabilities of the remaining businesses. But, that would be ‘turkeys voting for Christmas’. Not only that, with an autocratic senior leadership, it would take a brave person to speak out. Their story is left unspoken and the company loses a valuable piece of the organisational truth.

As we go down to the next level, team managers hear about the story presented to the market. They can’t make complete sense of the message from the leadership but they understand what they must do [2] - which is to find ways to reduce costs in their areas and ultimately reduce headcount. Over the years, they have seen waves of cost cutting and each time, it meant doing more with less. Or increasingly, doing less with less as ‘operational efficiencies’ translate into ‘cutting corners’ resulting in poorer products and services for their customers. When they look out onto the factory floor, they see a barren workplace, stripped bare or any comforts for employees. Long gone are the machines that provided free coffee, and comfortable communal staff areas that offered warmth and some reprieve for workers from the cold and damp of the factory floor.

They’ve thought about ways to improve their current operations. In fact, they’ve previously tried to convince their bosses what needs to be done. They’ve seen the possibilities in their previous employment and have been eager to employ such methods here. Besides, wasn’t it this expertise that got them the job in the first place? [3]

But the story from above has always been the same, there’s no money to invest; and over time, managers have given up trying to convince their bosses. They’re tired of sounding like a broken record that nobody wants to listen to. Improving operational efficiency has become synonymous with headcount reduction. For them, this situation is incredibly stressful. They are good at what they do and that’s solving engineering problems. Having to deal with people issues isn’t what they’ve been trained to do, yet they are left to it with little support. Unfortunately, their story is left unheard; the truth that the cost cutting measures only serve to demotivate the workforce and fails to address capability gaps.

At the bottom of the hierarchy, workers are oblivious to the direction set by the senior leadership. Much of the time, they’re kept completely in the dark and rely on rumours to fill the void. As far as they’re concerned, they’ve been working hard. Despite this they have seen the ‘axe fall’, time and time again on jobs and on their working environment. They see changes that don’t make sense but don’t have an opportunity to voice their opinions. For example, the lack of investment in new tools and equipment, has meant that the work takes longer or ends in rework when they try to rush an order through. The relentless cost cutting seems like false economy. However, if the axe is going to fall again, it’s probably better not to be too near where it’s going to land. ‘Keep your head down and you might just survive’ becomes the unspoken mantra. This has bred a culture of apathy much of the time, which turns to anxiety and stress each time the axe falls. The story on the factory floor is one of dismay, but another truth that is left unseen by the leadership.

For their customers, it’s been one disappointment after another with delayed orders and orders that have to be reworked over and over again. The products seem dated and lack many of the refinements from other suppliers. The truth is, they’ve had enough and they’re unlikely to put in another order.

In this story there are many truths that have been left unspoken, unheard and unseen. If the organisation embarks on a ‘transformation’ and does not take the time and effort to uncover and face up to their organisational truth, it’s likely that their efforts would be wasted, or even make a bad situation worst.

Arguably, the story above illustrates a company that’s instigating a change to optimise its current operating model rather than a transformation to enable the organisation to think and work differently. Nevertheless, it’s still important to uncover the truth to ensure that the change makes sense to everyone affected and to engage the workforce to co-create a change that works.

Most transformations place the majority of their efforts to uncover the structural truth. By this, I mean analysing the current business processes, incumbent technology solutions and existing organisational structures. The analysis is often carried out with a ‘rational’ or ‘logical’ lens. Rarely, does this analysis use storytelling as a technique to give people a voice that encourages them to surface rich examples that illustrate the impact of poor processes, systems and policies on their effectiveness and on the customer experience. ‘Traditional analysis’ also fails to capture those one-off times when employees have gone that extra mile, and how they applied their ingenuity to overcome obstacles and delight their customers. This leads organisations to uncover only a partial truth, whilst the rest is left unheard and unseen.

Very few organisations take the opportunity to analyse their cultural reality. By this, I mean uncovering dysfunctional cultural norms, limiting mindsets, the psychological impact of leadership behaviours and actions - all the things that affect how people think, feel and behave in the workplace. An environment where people no longer trust or even fear their leaders, and/or feel that their voices are unheard, often means that some of the truth is left unspoken.

We believe that leaders need to create the right environment to enable the transformation to be successful. The first step in creating the environment can start with uncovering the organisational truth. As leaders, you need to have the humility to recognise that you don’t have all the answers. This means you need to ask more and tell less, and have the humility to listen with an open mind to make sense of the collective stories in your organisation that make-up the truth. This helps your people engage and feel psychologically safe enough to speak the truth – which is not always pretty. Only then will you be able to work out what transformation really means for your organisation, what needs to be done and how to engage your people to take them on the journey with you.

But be careful, uncovering the organisational truth will present the leaders with the need to then understand their own personal truth! More of this in the next instalment.

[1] this is to say it is not one single organisation but a composite of a number of companies that I worked with, worked for and have heard or read about.

[2] we view the world through our mental filters and biases which means that it can be very hard for us to understand why others don’t see the same situation exactly as we see it. Our brains make automatic judgements using mental shortcuts (heuristics).

Ken Leung is a co-founder of Outvie Consulting.

Are you ready for a Post-Pandemic Business World ?

Transformation Success – how to achieve it 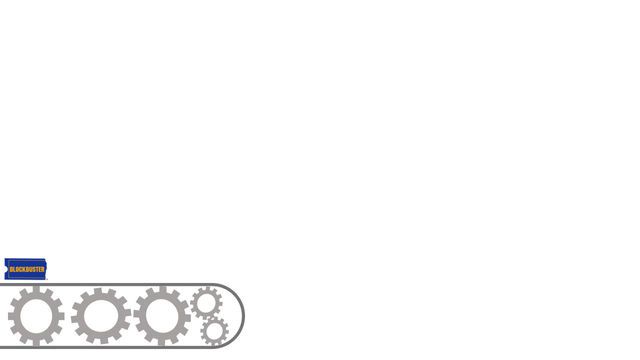